Please enable JavaScript to use this site.

This Event has already passed. 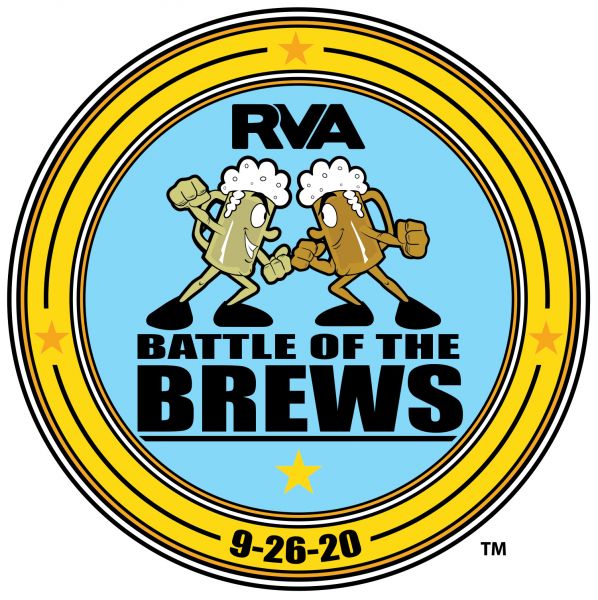 RVA Battle of the Brews

Be a part of Richmond's LARGEST and MOST ANTICIPATED Beer event of the year!

RVA Battle of the Brews will become Richmond’s largest and most anticipated beer event of the year!

This inaugural event will feature:

-        Every participating brewery will choose the two beers they want represented at the event.

-        Entry to the event will include a sampling glass (4-5oz) that will allow attendees the ability to sample the beers of their choosing throughout the event.

-        Attendees will also have the opportunity to purchase full pint pours.

-          Attendees will have the opportunity to vote on their favorite beers in the following 10 categories: Sour, Pale, Specialty, Lager, IPA, Flavored, Dark, Stout, Wheat, Porter.

-          There will also be a voting category to determine RVA’s overall favorite beer, or “Best in Show”.  A special trophy or belt will be awarded.

-          A panel of judges will meet in advance to sample and score all submitted beers.

-          Each beer will receive either a Gold, Silver, or Bronze metal based on scoring on the following parameters: Aroma, Appearance, Flavor, Mouthfeel/Palate, & Overall Impression.  An example of the scoresheet will be provided to each brewery in advance of voting.

Feats of Strength and Skill

-          An obstacle course style competition will be setup at the event, that will be a representation of the process of making beer.

-          Each brewery who chooses to participate, will be represented by two competitors of their choice.

-          Breweries will complete the course, two at a time, with the course times recorded.

-          The overall winning brewery will win a trophy or belt, and will have a portion of the proceeds from the event donated to a charity of their choice.

RVA Battle of the Brews

Check out our FAQs, or feel free to contact us.

I have a question for Customer Service about an event, tickets, or orders.

I have a question for Tech Support about a technical issue with the site.